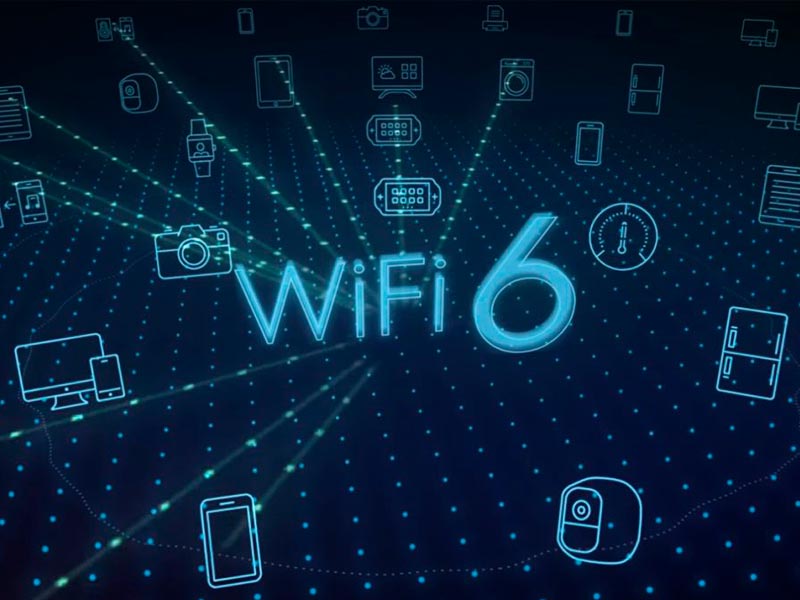 The Wifi 6 Protocol is ushering in a new era of speed and connectivity that will benefit wireless users all over the world.

Higher-resolution video streaming, quicker downloads and demanding gaming performance are all trends the world is heading towards. Not to mention the continuous increase of businesses competing for data. The solution is WiFi 6 which promises to usher in this new era of speed and connectivity.

More than merely a collection of labelling standards, WiFi 6 is technology. The WiFi 6 has included numerous vital changes that will benefit wireless users all over the world. The advantages of using a WiFi 6 network appear more straightforward. Especially with the rise in wireless gadgets such as IoT devices.

What is WiFi 6 Protocol?

The sixth iteration of the WiFi network, known as WiFi 6, increases coverage, allows for a higher density of connected devices, and provides speedier access. With the help of 5G technology and WiFi 6, the Internet of Things (IoT) may be used extensively, and realistic virtual reality experiences can be made. Wi-Fi 6 is capable of handling dynamic networks with lots of devices in dense, busy environments with lots of users. Wi-Fi 6 also possesses top speeds that is more than 30% faster than the fastest Wi-Fi 5 speeds. It’s important to note that while it won’t help you get the most immediate, most effective home connection, it won’t speed up a slow ISP connection. The following are devices that are the most compatible with WiFi 6. There are some other devices that are not Wi-Fi 6 compatibility, such as TVs, streamers, or smart home appliances. Other recent Wi-Fi 6 products include the new eighth-generation and fourth-generation iPad Air.

WiFi 6 offers quicker speeds than the first two WiFi generations, but exactly how much faster? A maximum throughput speed of 9.6 Gbps is possible with WiFi 6, compared to 3.5 Gbps and 600Mbps with WiFi 5 and WiFi 4, respectively. However, since these are theoretical top speeds, it is unlikely that actual WiFi use would ever achieve them. Even if their network could, the typical residential WiFi user wouldn’t need these speeds.

The US’s current average download speed is only 45 Mbps or less than 0.5% of WiFi 6’s potential maximum speed. This means that WiFi 6 devices are more likely to sustain their optimum speeds even in busy areas, even though a WiFi 6-enabled laptop linked to a WiFi 6-enabled router might only give slightly better speeds than WiFi 5. It’s simple to see a variety of scenarios in which this improvement would be helpful.

The radio spectrum has multiple frequency bands that are utilized for Wi-Fi. These numerous channels have been assigned numbers so they can be recognized. Although numerous Wi-Fi channels and Wi-Fi bands are typically chosen automatically by household Wi-Fi routers. It is frequently required to design the frequencies utilised for bigger wireless LANs and systems. Frequency planning is crucial when using numerous Wi-Fi access points around a big building or area to have the optimum wireless LAN performance.

WiFi 6 Protocol is built for a world with more connectivity, easier reach and faster network dynamic. But in the next couple of years, WiFi 6 compatibility is probably going to become even more widespread. So it might be worth confirming that your next electrical device is compatible. Homeowners looking to improve the value of their homes, building managers and security device manufacturers should plan ahead and make their buildings and products WiFi 6-adaptable to stay ahead of the trends.